The blue air mail letter immediately below this introductory text was sent to me from Nigeria by the Orangun of Ila when I was on leave in the UK in 1976.

‘Orangun’ is a title given to a paramount king of Ila-Orangun, an ancient kingdom in south western Nigeria.  The historical and cultural background to this is complex and I will not attempt to expand on it here.  During my stay in Nigeria, however, I was fortunate enough to befriend the then Orangun of Ila, Oba William Adetona Ayeni.

One day in 1972 the Orangun invited me to his palace in the town of Ila (see photo below).  I spent a fascinating morning with him as he sat at the end of a large, rectangular room in his palace.  As his subjects entered the room one at a time, through a door at the opposite end of the room, they first fell to the floor and lay flat on their faces.  After a brief exchange of words (in Yoruba of course), the subject would stand and converse with the Orangun.  I wasn’t entirely sure what was going on, but believe the various subjects were elders and senior men of the local community who had come to discuss important matters with the Orangun.

During my visit to the Orangun’s palace that day, I noticed a wooden carving and a terracotta bowl on a table just outside the building.  Later in the morning I asked the Orangun about these two objects, in particular what they were used for.  He immediately sent someone outside to fetch both items and, to my great surprise, presented them to me as gifts.  I have those two artefacts in the living room of my house in 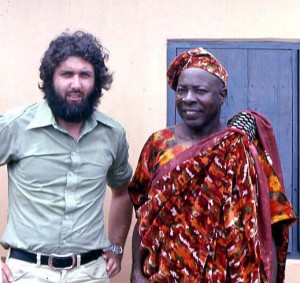 Bristol to this day (see further information below).  Every time I look at them I remember that extraordinary day in Ila…

Some time later, the Orangun visited me unexpectedly in my house on the University of Ibadan campus.  He appeared early one morning, with his Land Rover, driver and minions, and banged on my door.  He had been in Ibadan town and had suddenly decided to come and see me.  The visit was informal and animated, and he seemed to enjoy the occasion.

At my invitation, the Orangun was also the special guest at the formal opening ceremony of the new reptile house in the Zoological Garden at the University of Ibadan in 1978.

‘My’ Orangun has died since I left Nigeria.  I remember this man with great affection and greatly valued the times we spent together.

A letter from the Orangun – New Developments 2015

Having published the above account of my friendship with the Orangun of Ila, I was surprised and delighted to receive, in September 2015, an email from his son who is now a Pastor living in the UK. The Pastor also included a photograph of himself with his father, the Orangun, taken at a special wedding ceremony in Ila, Nigeria, in 1992.

See below the email and photo from Pastor Ayeni 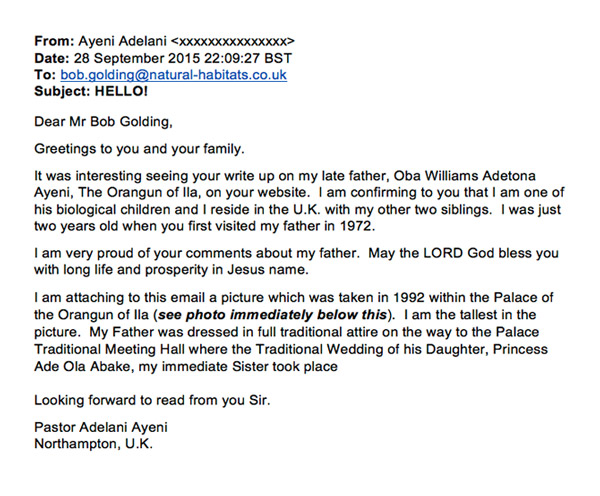 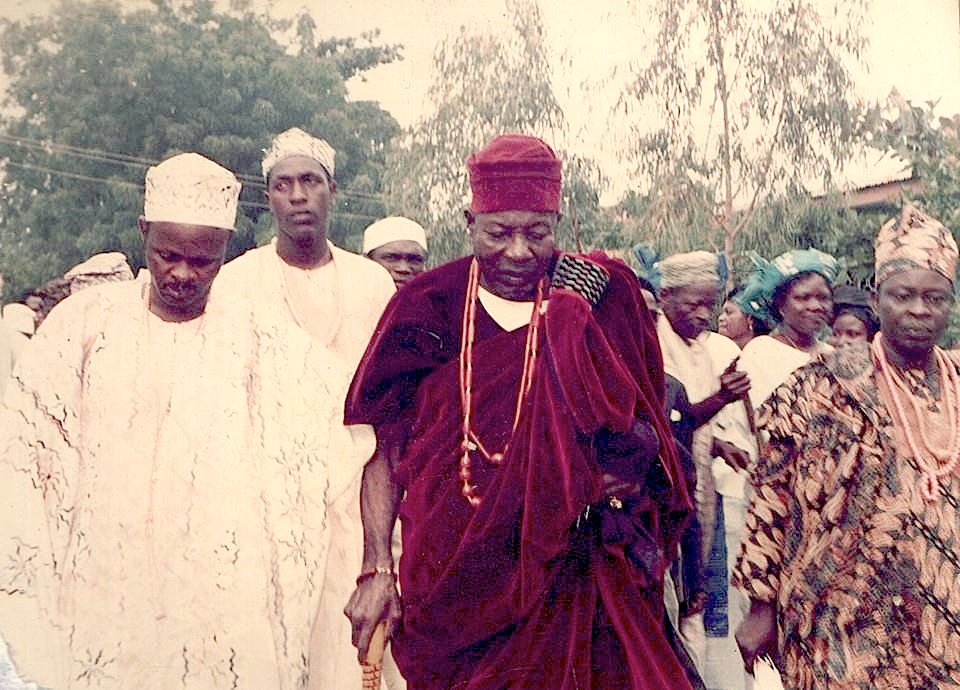 In my response to Pastor Ayeni, I asked him if he could provide any information on the two items – the clay pot and the wooden carving – given to me by his father during my visit to his palace in Ila in 1972. I sent photos of these items to the Pastor – see the two photos immediately below this and the Pastor’s comments in the email following. 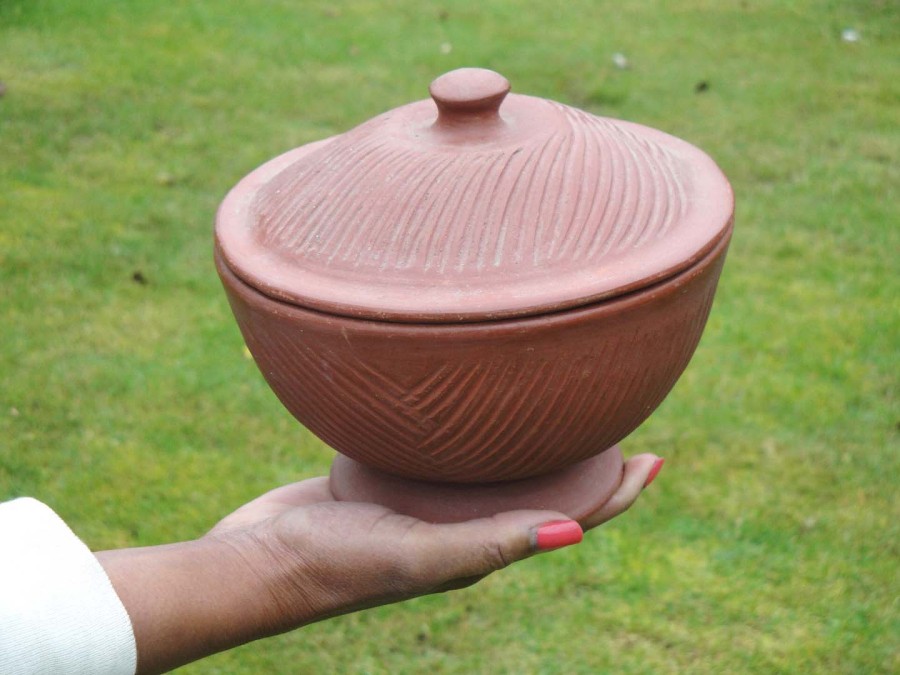 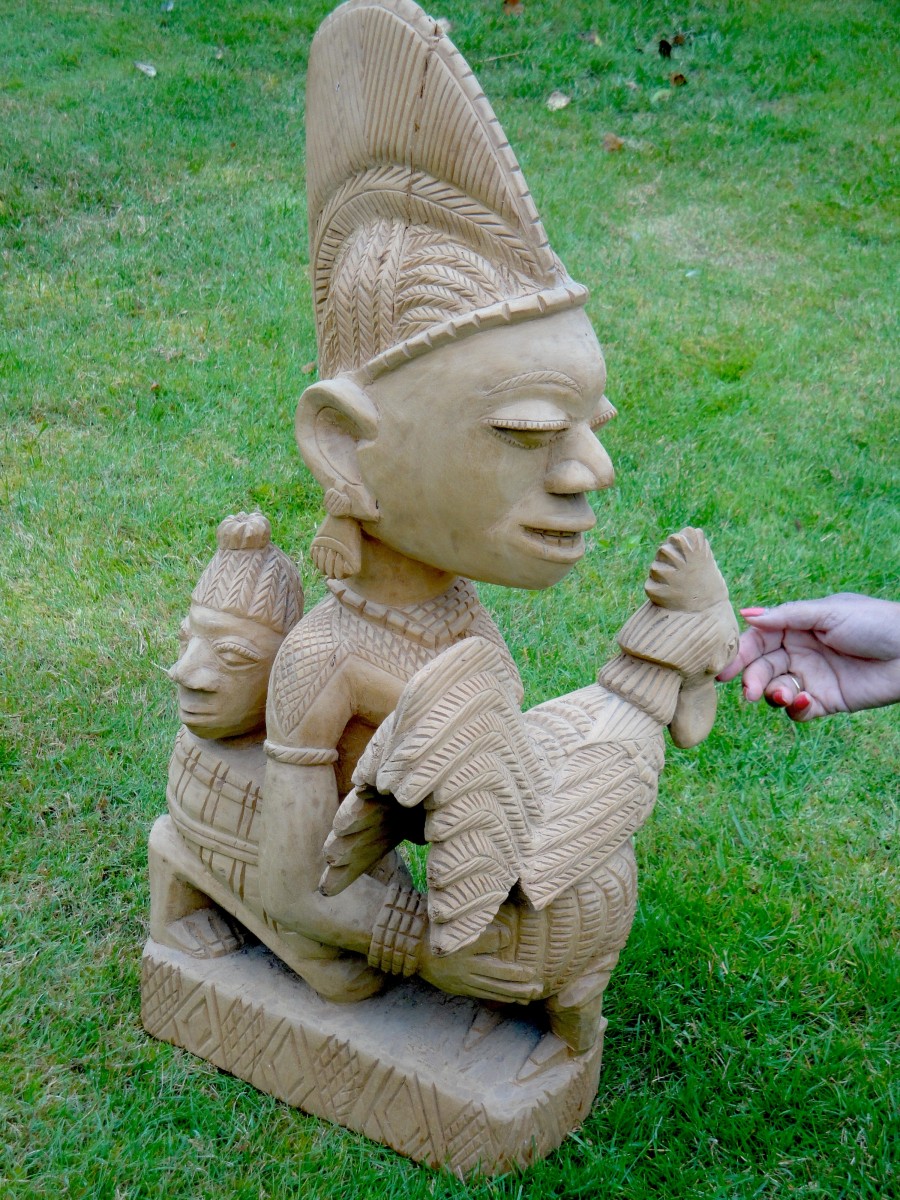 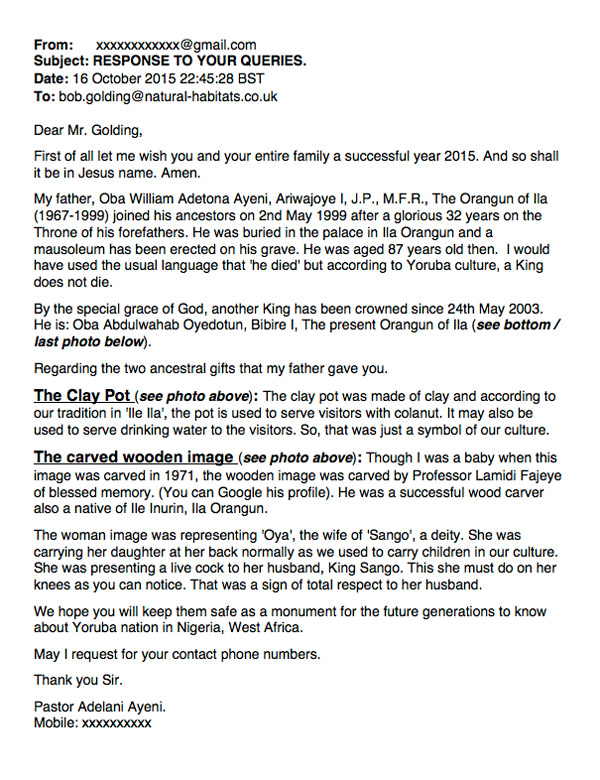 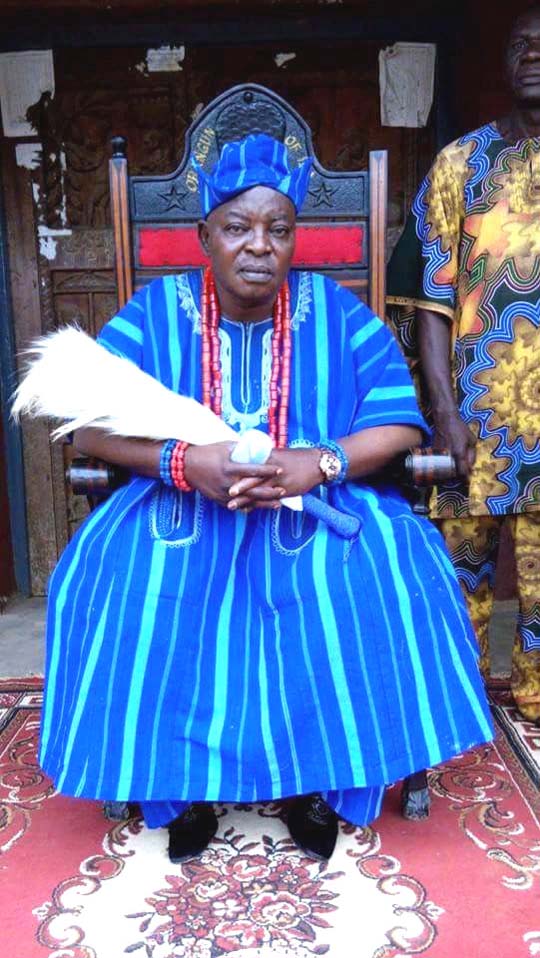