In 1963 the University of Ibadan in Nigeria advertised in the UK national press and elsewhere for someone to take charge of its small but expanding Zoo. At that time the Zoo formed part of the University’s Department of Zoology which had been established around 1948, along with the University itself. Over time, a small collection of wild animals native to Nigeria had been acquired for teaching and research purposes; they were housed in a number of very basic enclosures and cages on land adjacent to the Zoology Department.

Eventually, before my arrival there, it was decided that members of the public should be allowed access to these animals and so the Zoo was born. Indeed, it became so popular that the Head of the Zoology Department at that time, Professor Niels Bolwig, persuaded the University that, if the animal collection was to realise its potential as a zoo, it was necessary to appoint someone full time to manage and develop it. Hence the advertisement for such a person in 1963.

Influenced by my experiences with Gerald Durrell in West Africa a few years earlier, I decided to apply.  I was interviewed in London, and received an old fashioned telegram hand-delivered to my home in Bristol a few days later offering me the job.

I arrived in Nigeria in September, 1963, together with my wife and two small daughters. I was to stay there for 16 years – until 1979. At that time of a newly-independent Nigeria, the University of Ibadan was highly regarded internationally and was financed and supported by the Nigerian Federal Government. It had a large academic, technical and administrative staff of Nigerians and many other nationalities from around the world.

As the concept of a zoo within, and supported by, the University was novel, it was only after my arrival that the University administration formally created the post of Zoo Curator and appointed me to it.  Durng my 16 years there I increased and diversified the animal collection and designed and project-managed the construction of new animal exhibits, incorporating modern zoo design concepts. My aim was to make the animals as attractive and interesting as possible to our visitors. New projects included an exhibit for gorillas and chimpanzees with water-moat enclosure boundaries, a reptile house, a pygmy hippo exhibit and a walk-through aviary. At one stage I also had my own regular television programme for children on Western Nigeria Television, when ‘Uncle Bob’ introduced his young viewers to an assortment of interesting species. As a result, zoo visitor numbers increased dramatically.  The University governing authorities then decided that what had become known as the Zoological Garden should be separated formally from the Zoology Department and made a separate Public Service Unit. I was made Director of the Zoological Garden which was given autonomy, under a newly appointed Zoo Management Committee headed by the Dean of Science (Professor John Beetlestone at that time), within the Faculty of Science of the University.

I believe the Zoological Garden provided many Nigerians with new animal and natural world-related experiences and an opportunity to see wild animals in a new light. Zoo visitors could observe the animals in safety and at leisure and could see, perhaps for the first time, that these animals were interesting in their own right. During holiday periods such as Christmas the Zoo teemed with visitors, fascinated by the gorillas interacting with their keepers or chamaeleons capturing grasshoppers with their long tongues. When I left Nigeria in 1979 the Zoological Garden was receiving almost a quarter of a million paying visitors each year, more than any other public attraction of any kind in Nigeria.  Our zoo visitors consisted almost entirely of Nigerians from all walks of life.

Particularly since setting up this website, I have received a number of emails from Nigerians, some now working outside Nigeria, who were young children in Ibadan when I was there; they were regular visitors to the Zoological Garden at that time.  I have been amazed and indeed moved by what they had to say and to learn how the Zoo influenced their lives and careers. Some of these emails can be viewed by clicking on the button “Kings, Pythons and Other Tales” at the top of this page, then on item 3 “Voices from the past”.

After my departure from Nigeria the Zoo, by all accounts, went through a period of poor management and deterioration.  A particularly regrettable episode involved the illegal smuggling of young gorillas from Cameroon through and out of Nigeria.  More recently, however, the University of Ibadan administration has taken a firm view about the importance of the Zoo which now receives the full backing of the Vice Chancellor.  A new Zoo Director, Dr Olajumoke Morenikeji, has been appointed and funds were sourced for the redevelopment of the Zoo.  I wish Dr Morenikeji well with this project, the first stage of which was commisioned in January 2015.   To see photos and more information about this, click on the “Other Mammals Photo Gallery” link on this page.

My 16 years in Nigeria included events and developments such as a military coup, the Biafran war, the development of the oil industry and the unfortunate decline of order and stability throughout the country. However, throughout all this the Zoological Garden flourished and the different Nigerian communities and cultures remained essentially optimistic and irrepressibly vibrant. My experiences there have left a huge and indelible impression on me and indeed on the way I have lived my life since then. I wouldn’t have missed it for the world…..

Click once on the images in the Photo Galleries to enlarge them.   Pease note that the images and captions in these Photo Galleries are designed to display on a desktop or laptop computer for maximum effect; they may not display in the same way on a tablet or mobile. 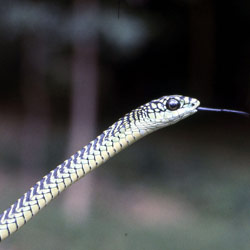